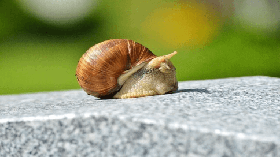 In the previous posts, we saw how to use the bash shell and how to use Linux commands.

The concept of a bash script is to run a series of Commands to get your job done.

To run multiple commands in a single step from the shell, you can type them on one line and separate them with semicolons.

Actually, this is a bash script!!

You can run multiple commands as much as you wish, but with a limit. You can determine your max args using this command.

Well, What about putting the commands into a file, and when we need to run these commands we run that file only. This is called a bash script.

First, make a new file using the touch command. At the beginning of any bash script, we should define which shell we will use because there are many shells on Linux, bash shell is one of them.

The first line you type when writing a bash script is the (#!) followed by the shell you will use.

If you use the pound sign (#) in front of any line in your bash script, this line will be commented which means it will not be processed, but, the above line is a special case . This line defines what shell we will use, which is bash shell in our case.

The shell commands are entered one per line like this:

You can type multiple commands on the same line but you must separate them with semicolons, but it is preferable to write commands on separate lines, this will make it simpler to read later.

After writing your bash script, save the file.

Now, set that file to be executable, otherwise, it will give you permissions denied. You can review how to set permissions using chmod command.

Then try run it by just typing it in the shell:

And Yes, it is executed.

As we know from other posts, printing text is done by echo command.

Edit our file and type this:

echo "The current directory is:"

Look at the output:

Variables allow you to store information to use it in your script.

You can define 2 types of variables in your bash script:

Sometimes you need to interact with system variables, you can do this by using environment variables.

echo "Home for the current user is: $HOME"

Notice that we put the $HOME system variable between double quotations, and it prints the home variable correctly.

What if we want to print the dollar sign itself?

Because variable $1 doesn’t exist, it won’t work. So how to overcome that?

Also, you can set and use your custom variables in the script.

You can call user variables in the same way like this:

echo "$person is a good boy, he is in grade $grade"

You can extract information from the result of a command using command substitution.

You can perform command substitution with one of the following methods:

Make sure when you type backtick character, it is not the single quotation mark.

You must enclose the command with two backticks like this:

Or the other way:

The output of the command will be stored in mydir variable.

You bash scripts will need conditional statements. Like if the value is smaller than 10 do this else do that. You can imagine any logic you want.

The most basic structure of if-then statement is like this:

and here is an example:

Since the whoami command will return my user so the condition will return true and it will print the message.

Let’s dig deeper and use other commands we know.

Maybe searching for a specific user in the user’s file /etc/passwd and if a record exists, tell me that in a message.

echo "No such a user $user"

If the user exists, the bash script will print the message.

We are doing good till now, keep moving.

Now, what if we need more else statements.

Well, that is easy, we can achieve that by nesting if statements like this:

You can imagine any scenario here, maybe if the user doesn’t exist, create a user using the useradd command or do anything else.

number1 -eq number2 Checks if number1 is equal to number2.

number1 -ge number2 Checks if number1 is bigger than or equal number2.

number1 -gt number2 Checks if number1 is bigger than number2.

number1 -le number2 Checks if number1 is smaller than or equal number2.

number1 -lt number2 Checks if number1 is smaller than number2.

number1 -ne number2 Checks if number1 is not equal to number2.

As an example, we will try one of them and the rest is the same.

Note that the comparison statement is in square brackets as shown.

The num is greater than 10 so it will run the first statement and prints the first echo.

You can compare strings with one of the following ways:

string1 != string2 Checks if string1 is not identical to string2.

string1 < string2 Checks if string1 is less than string2.

string1 > string2 Checks if string1 is greater than string2.

We can apply string comparison on our example:

echo "The user $user is the current logged in user"

One tricky note about the greater than and less than for string comparisons, they MUST be escaped with the backslash because if you use the greater-than symbol only, it shows wrong results.

It runs but it gives this warning:

To fix it, wrap the $vals with a double quotation, forcing it to stay as one string like this:

One important note about greater than and less than for string comparisons. Check the following example to understand the difference:

The test condition considers the lowercase letters bigger than capital letters. Unlike the sort command which does the opposite.

You can compare and check for files using the following operators:

-d my_file Checks if its a folder.

-e my_file Checks if the file is available.

-f my_file Checks if its a file.

-O my_file Checks if the owner of the file and the logged user match.

-G my_file Checks if the file and the logged user have the idetical group.

As they imply, you will never forget them.

Let’s pick one of them and take it as an example:

echo "NO such file or directory $mydir"

We are not going to type every one of them as an example. You just type the comparison between the square brackets as it is and complete you script normally.

There are some other advanced if-then features but let’s make it in another post.

That’s for now. I hope you enjoy it and keep practicing more and more.