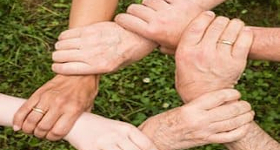 Linux file server is one of the powerful servers that helps you to share files and printers with Windows-based PCs and other operating systems. Before we talk about using Samba as a file server, let’s discuss some basics. To understand Linux/Samba/Windows relationship, you need to understand the relationships of the operating systems, users, and networks. Linux login system is different from the Windows login system. So, it’s the system administrator job to maintain the logins between different platforms. There are several solutions to do this: Linux pluggable authentication modules (PAMs): there are two user lists, one local list and one on the domain controller (DC), and users need to maintain their passwords only on the Windows system.

The samba server composed of several components and daemons, the three main daemons are smbd, nmbd, and winbindd.

For Red Hat based distros, you can install them like this:

This package includes the required files for both the server and client.

For Debian based distros, you can install them like this:

Then you can start samba service and enable it at startup:

Of course, you can use web-based or GUI utilities to manage your Linux file server. However, it is useful to understand what GUI or web tools are doing from behind.

Open up Samba configuration file /etc/samba/smb.conf and add the following lines at the end:

The first line is the Samba server name that the clients see.

The second line is the path to the folder that will be shared.

The third line means the share will available to all users like guest account and others. If set to no, authenticated and permitted users are only allowed.

The fourth line means that you cannot create or modify the stored files on the shared folder.

You can check for SMB configuration errors using the testparm command:

Now we need to access what we’ve shared. The smbclient utility is used to access Windows shared files.

The -U% option is used to avoid asking for the password.

As you can see our shared folder is on the list.

You can access this shared folder from Windows by just typing the IP address in the Windows explorer.

Once you’ve connected, you can use Linux commands to list and travel between files.

You can transfer files using get, put, mget, and mput commands.

To mount a Samba share, First, create a mount point:

Then we mount the SMB shared folder:

To unmount the SMB shared folder, use the unmount command like this:

On Debian based distros, you might need installing the cifsutils package in order to use it:

To create a samba entry for an existing system user, use the pdbedit command:

The new user will be created in the Samba default user database which is /var/lib/samba/private/passdb.tdb file.

With a Samba user created, we can make the shares available only to authenticated users like the user likegeeks.

Then add the following options in /etc/samba/smb.conf file: 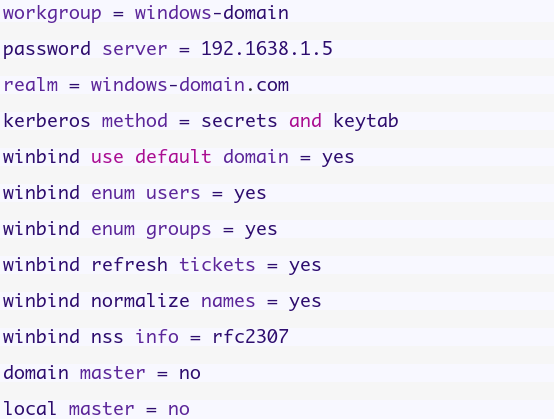 Then Edit the /etc/nsswitch.conf file and modify the following lines:

Then Edit the /etc/resolv.conf file and change the primary DNS server:

For any problem diagnostics, you can check the samba log files under /var/log/samba/ directory, also use testparm utility to check your configuration after you modify the samba configuration file.

That’s all. I hope you find the Linux file server easy. Keep coming back.