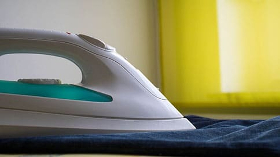 20+ examples for flattening lists in Python. Flattening lists means converting a multidimensional or nested list into a one-dimensional list. For example, the process of converting this [[1,2], [3,4]] list to [1,2,3,4] is called flattening. The process of flattening is very easy as we’ll see. You will learn how to flatten different shapes of lists with different techniques. So, let’s jump in. Let’s start with a simple example of converting [[0,1], [2,3]] into [0,1,2,3]. This type of flattening is called shallow flattening as it will only flatten lists of one level depth.

Let’s start with a simple example of converting [[0,1], [2,3]] into [0,1,2,3]. This type of flattening is called shallow flattening as it will only flatten lists of one level depth. 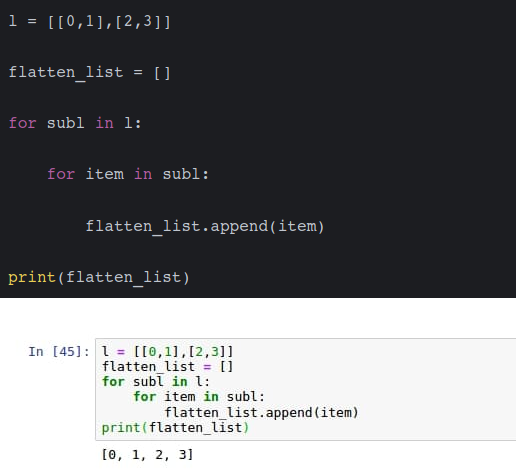 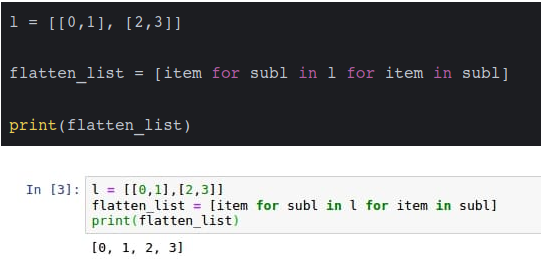 Let’s break this line of code.

The first loop is “for subl in l” and the second nested loop is “ for item in subl ”.

There is a built-in function named deepflatten in the iteration_utilities library. You need to install this library using. 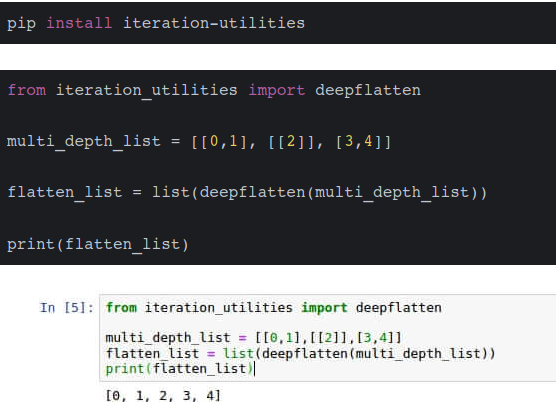 We have successfully achieved our target. Let’s take another example by changing the depth of the list. 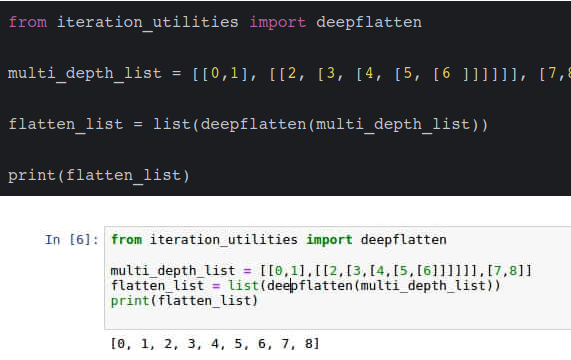 To flatten a list recursively, we will call the function inside itself to run until the end: 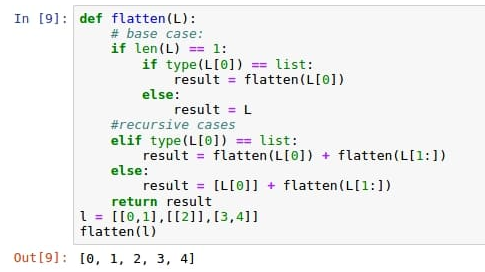 To flatten a list without recursion, we will use a while loop until we pop all the elements from it. Take a look at the code, you will have a better understanding: 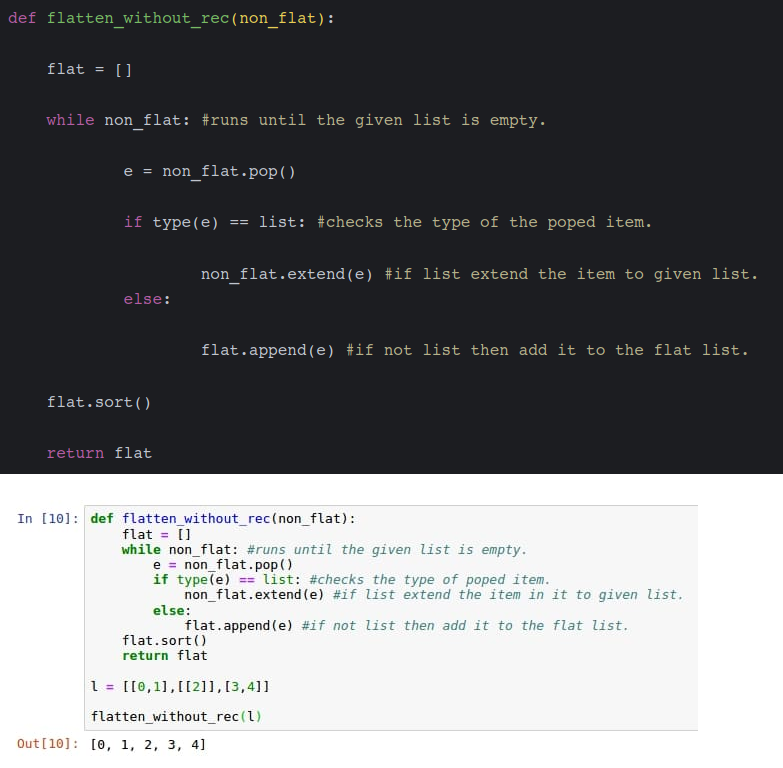 Also, you can use the recursive function as we did above.

Flattening a list of tuples of a single depth is the same as flattening lists within lists. For shallow flattening of tuples, use the following code:

For deep flattening, a list of tuples with varying depth (nested), you can use the code given below: 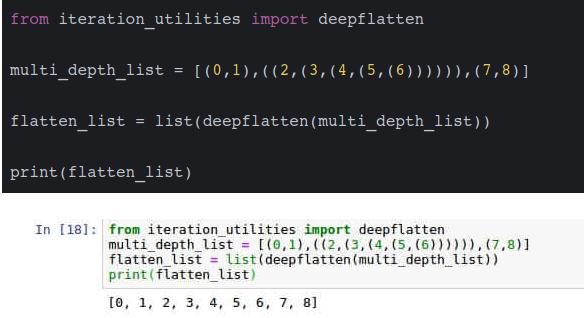 Let’s take a 2d array of 5×5 dimensions and convert it to a flattened list. Check the following code: 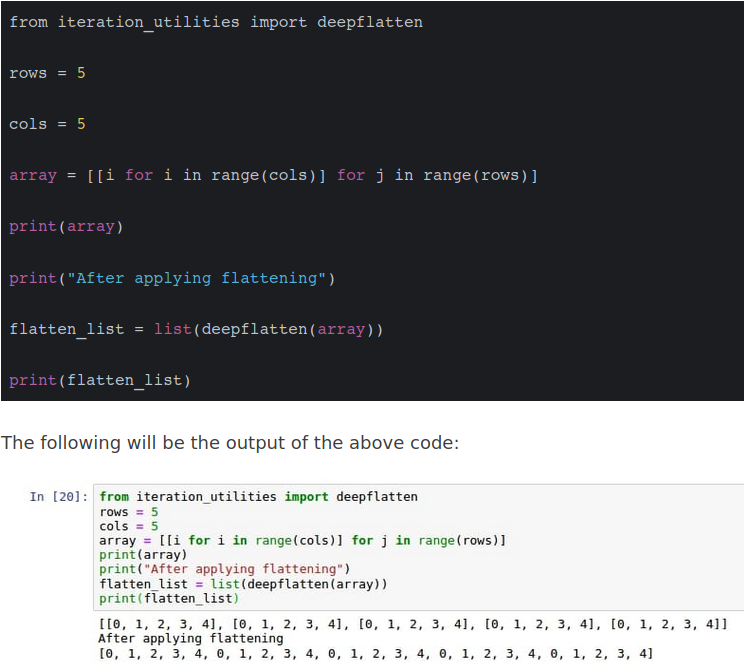 There are three built-in functions defined in NumPy library that can convert the NumPy array into flattened lists. 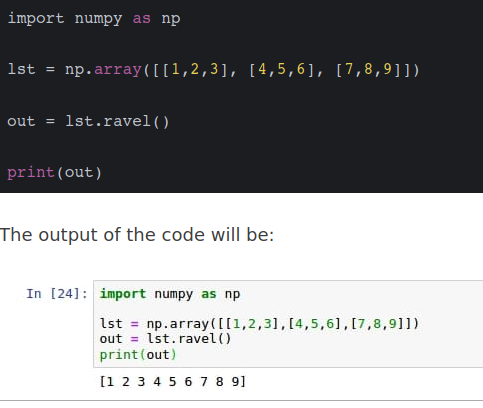 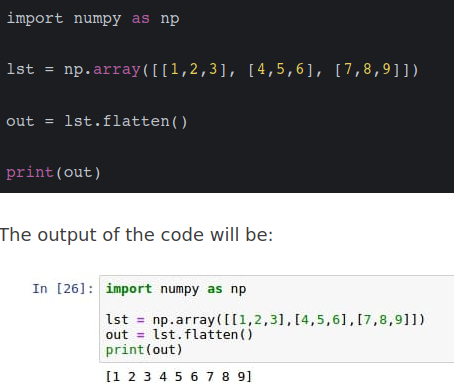 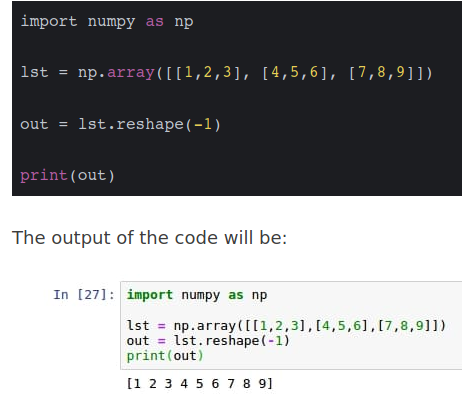 The difference between these three functions is speed. The flatten function returns a copy every time it flattens the array. So, if you have a large data set, don’t use the flatten function; it’s the slower one.

For flattening JSON objects, there is a built-in function in the flatten_json library named flatten().

You first need to install it using pip:

Then you can use this function in our code: 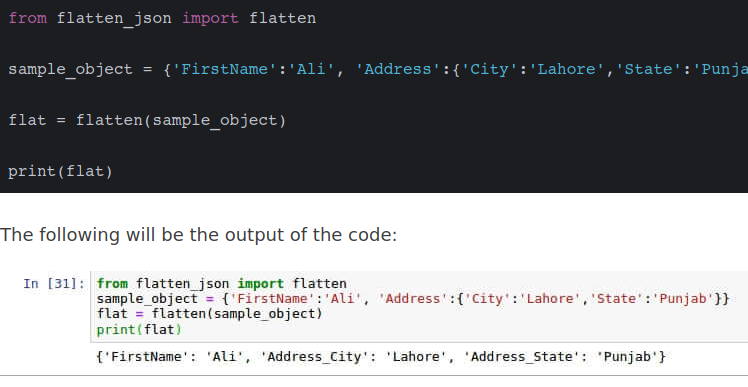 You can flatten a list of objects using a built-in function available in the itertools library with function name itertools.chain.from_iterable() Let’s see how to use this function: 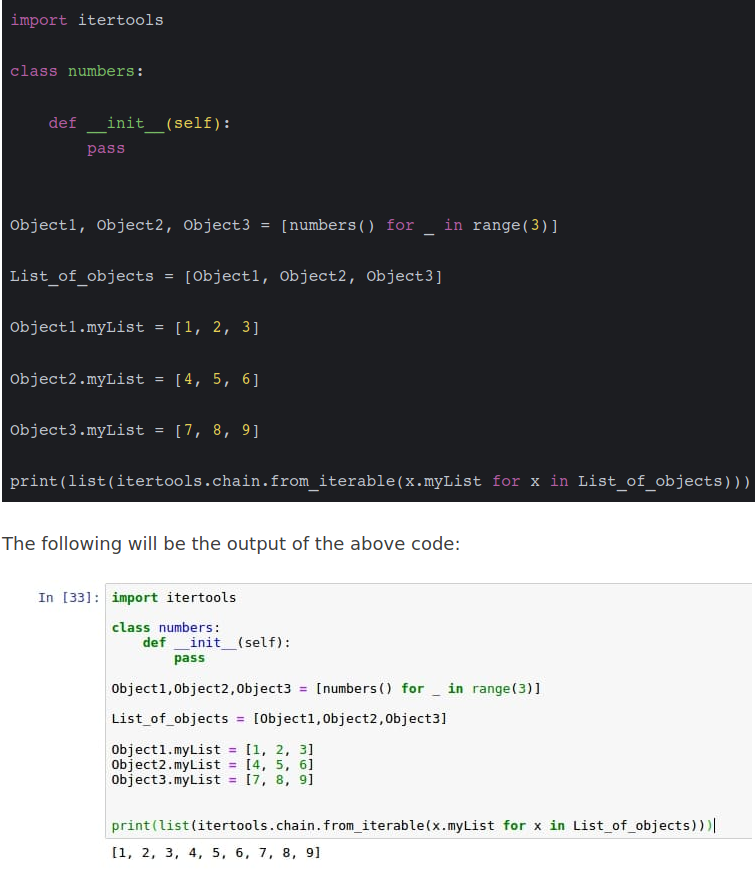 The same operation can be achieved using list comprehension too: 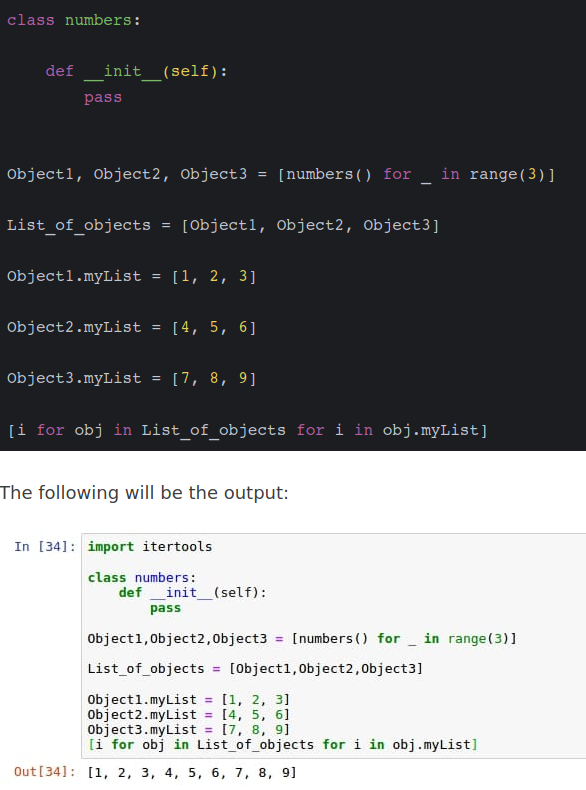 For flattening a list of DataFrames, the pandas library has a built-in function for flattening called df.concat() Let’s take a look at code: 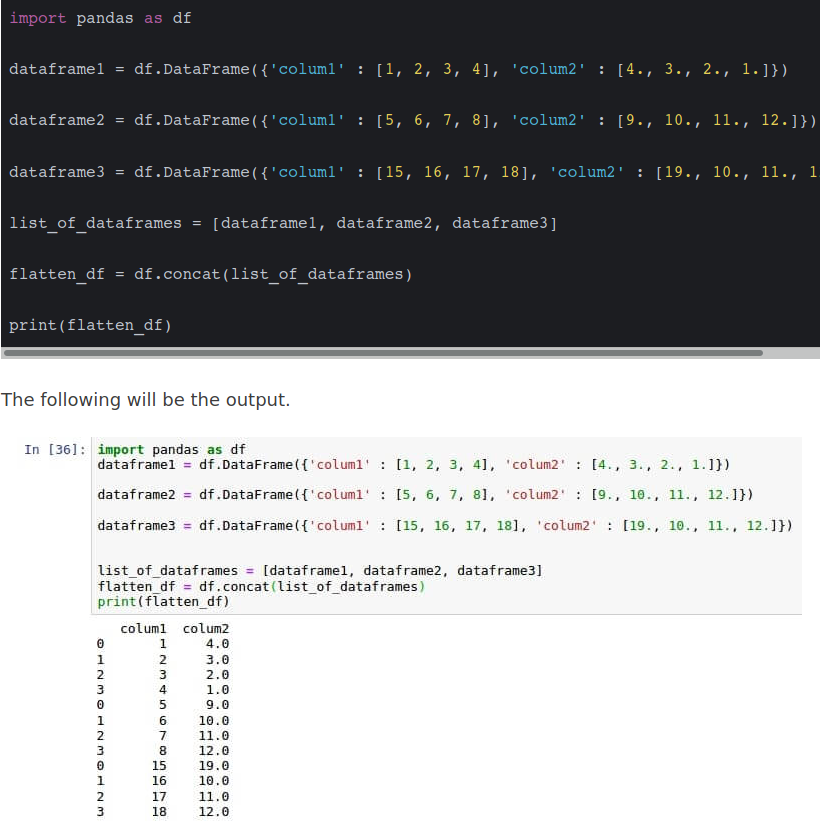 First, we will flatten our list, then we will remove the duplicates.

For flattening the list, we will use our own flatten_without_rec() function, and then we will remove the duplicates. 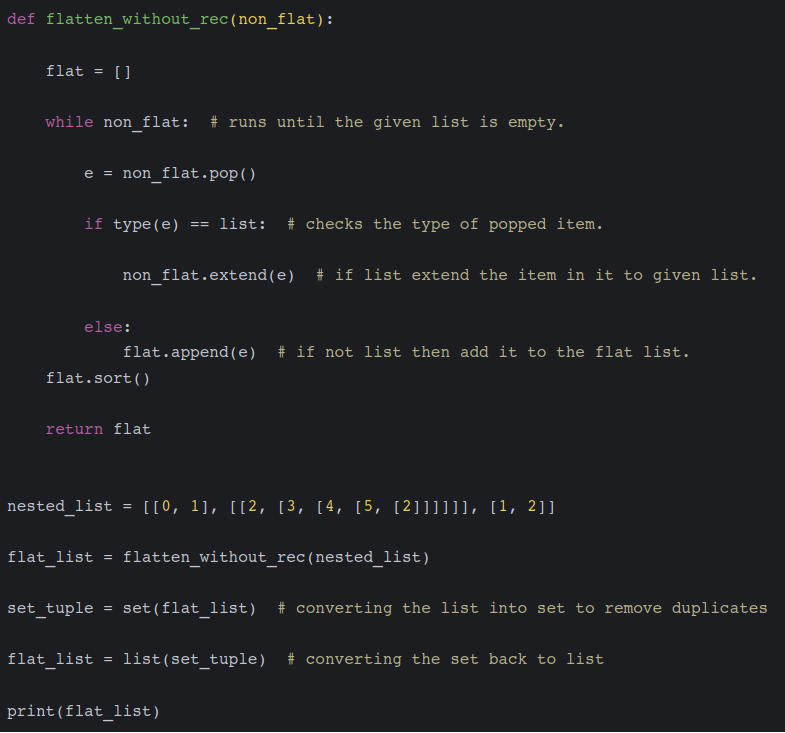 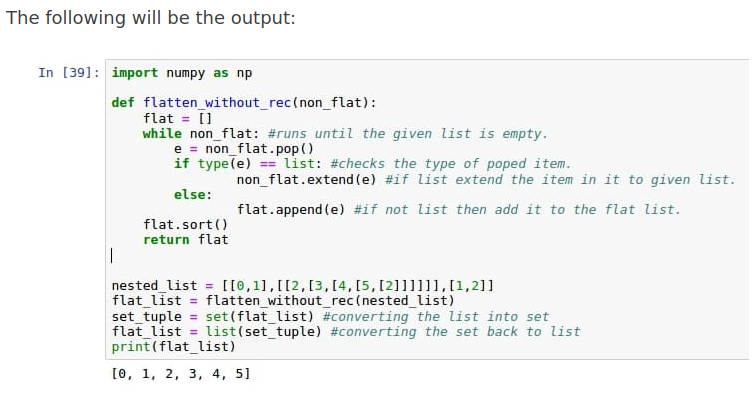 You can flatten a dictionary to a list using a simple for loop: 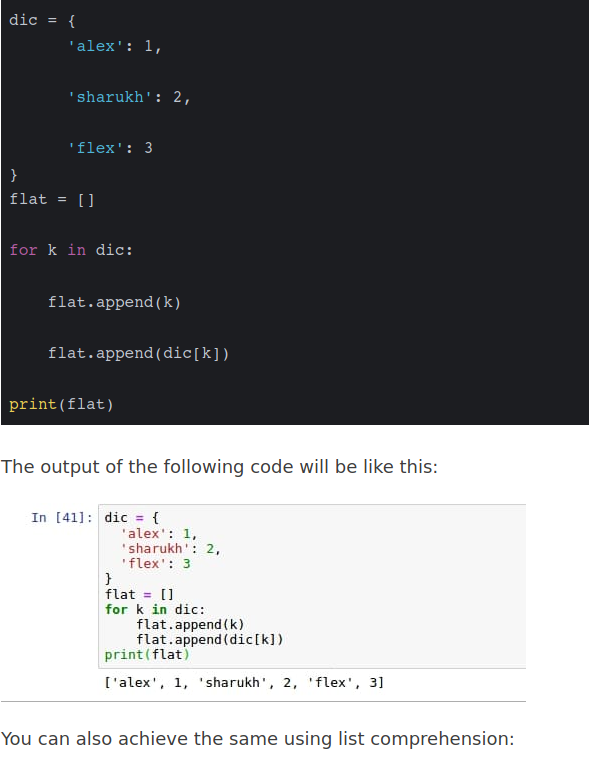 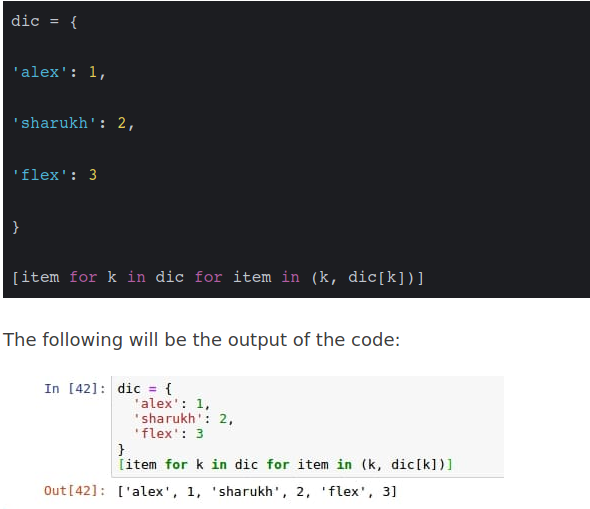 The reduce() function is defined in the functools library. You first need to import reduce from the functools.

Let’s take a look at the code:

We flattened lists with different shapes & types in different ways. I hope you find the tutorial useful. Keep coming back.