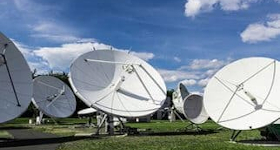 In the previous post, we talked about input, output, and redirection in bash scripts. Today we will learn how to run and control them on a Linux system. Till now, we can run scripts only from the command line interface. This isn’t the only way to run Linux bash scripts. This post describes the different ways to control your Linux bash scripts. In shell scripts, we talked about important things called Input, Output and Redirection. Everything is a file in Linux and that includes input and output. So we need to understand each one in detail. 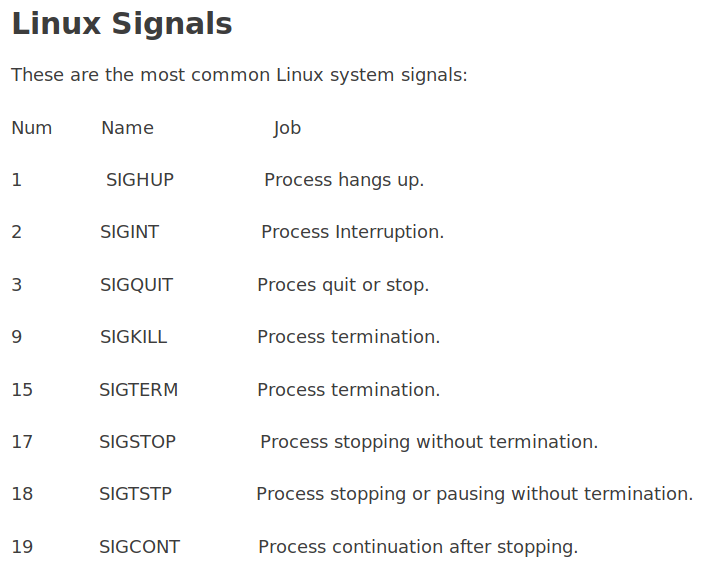 Your Linux bash scripts don’t control these signals, you can program your bash script to recognize signals and perform commands based on the signal that was sent.

To stop a running process, you can press Ctrl+C which generates SIGINT signal to stop the current process running in the shell.

The Ctrl+Z keys generate a SIGTSTP signal to stop any processes running in the shell, and that leaves the program in memory.

The number between brackets which is (1) is the job number.

If try to exit the shell and you have a stopped job assigned to your shell, the bash warns you if you.

The ps command is used to view the stopped jobs.

In the S column (process state), it shows the traced (T) or stopped (S) states.

If you want to terminate a stopped job you can kill its process by using kill command.

You can trap signals using the trap command like this:

Every time you press Ctrl+C, the signal is trapped and the message is printed.

If you press Ctrl+C, the echo statement specified in the trap command is printed instead of stopping the script. Cool, right?

You can trap the shell script exit using the trap command like this:

# Add the EXIT signal to trap it

When the bash script exits, the Goodbye message is printed as expected.

Also, if you exit the script before finishing its work, the EXIT trap will be fired.

Modifying Or Removing a Trap

You can reissue the trap command with new options like this:

Notice how the script manages the signal after changing the signal trap.

echo "I just removed the trap"

The first Ctrl+C was trapped and the script continues running while the second one exits the script because the trap was removed.

If you see the output of the ps command, you will see all the running processes in the background and not tied to the terminal.

We can do the same, just place ampersand symbol (&) after the command.

Once you’ve done that, the script runs in a separate background process on the system and you can see the process id between the square brackets.

When the script dies,  you will see a message on the terminal.

Notice that while the background process is running, you can use your terminal monitor for STDOUT and STDERR messages so if an error occurs, you will see the error message and normal output.

The background process will exit if you exit your terminal session.

So what if you want to continue running even if you close the terminal?

Running Scripts without a Hang-Up

You can run your Linux bash scripts in the background process even if you exit the terminal session using the nohup command.

The nohup command blocks any SIGHUP signals. This blocks the process from exiting when you exit your terminal.

After running the nohup command, you can’t see any output or error from your script. The output and error messages are sent to a file called nohup.out.

Note: when running multiple commands from the same directory will override the nohup.out file content.

To view the current jobs, you can use the jobs command.

Then press Ctrl+Z to stop the script.

Run the same bash script but in the background using the ampersand symbol and redirect the output to a file just for clarification.

The jobs command shows the stopped and the running jobs.

The bg command is used to restart a job in background mode.

Now it is stopped.

After using bg command, it is now running in background mode.

If you have multiple stopped jobs, you can do the same by specifying the job number to the bg command.

The fg command is used to restart a job in foreground mode.

The Linux system provides 2 ways to run a bash script at a predefined time:

This is the format of the command

The at command can accept different time formats:

You can include a specific date, using some different date formats:

We don’t want to dig deep into the at command, but for now, just make it simple.

The -M parameter is used to send the output to email if the system has email, and if not, this will suppress the output of the at command.

To remove a pending job, use the atrm command:

You must specify the job number to the atrm command.

What if you need to run a script at the same time every day or every month or so?

You can use the crontab command to schedule jobs.

To list the scheduled jobs, use the -l parameter:

The format for crontab is:

So if you want to run a command daily at 10:30, type the following:

The wildcard character (*) used to indicate that the cron will execute the command daily on every month at 10:30.

To run a command at 5:30 PM every Tuesday, you would use the following:

The day of the week starts from 0 to 6 where Sunday=0 and Saturday=6.

To run a command at 10:00 on the beginning of every month:

Let’s keep it simple for now and we will discuss the cron in great detail in future posts.

To edit the cron table, use the -e parameter like this:

This will schedule our script to run at 10:30 every day.

All you have to do is this:

You should be a root user to do this.

You can use one of the pre-configured cron script directories like:

Just put your bash script file on any of these directories and it will run periodically.

In the previous posts, we’ve talked about startup files, I recommend you to review the previous.

To run your scripts at login, place your code in $HOME/.bash_profile.

Starting Scripts When Opening the Shell

OK, what about running our bash script when the shell opens? Easy.

Type your script on .bashrc file.

And now if you open the shell window, it will execute that command.

I hope you find the post useful. keep coming back.