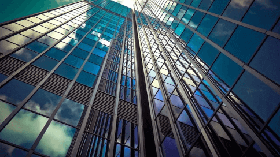 As we’ve talked about Linux on the previous post and we have chosen the best Linux distro, also we’ve learned how to install Linux. Today we will discuss the Linux file system. What Is Linux File System? Linux File System or any file system generally is a layer which is under the operating system that handles the positioning of your data on the storage, without it; the system cannot knows which file starts from where and ends where. Even if you find any unsupported file system type. You can even download a software that can deal with it. So what are Linux file system types? When you try to install Linux you will see that Linux offers many file systems like these:

So what are these file systems that Linux offers?

Ext: old one and no longer used due to limitations.

Ext3: came from Ext2, but with upgrades and backward compatibility.

The only problem about it that the servers don’t use this kind of file system because this file system doesn’t support file recovery or disk snapshots.

It is a very good option for SSD disks and you notice when you try to install any Linux distro that this one is the default file system that Linux suggests.

JFS: old file system made by IBM. It works very well with small and big files, but it failed and files corrupted after long time use, reports say.

Btrfs: made by Oracle. It is not stable as Ext in some distros, but you can say that it is a replacement for it if you have to. It has a good performance.

Now you know what file system Linux is and its types. So what is inside that filesystem, I mean from the top level.

You may come from Windows, and Windows has partitions like C:\ and D:\, you can install Windows on any of these partitions, usually C:\.

What about Linux File System Structure?

Well, if you navigate to the root partition which is / you’ll see the Linux File System hierarchy.

Most distros have the same structure with some little difference between distros.

/boot: Where boot loader and boot files are located.

/dev: Where all physical drives are mounted like USBs DVDs.

/home: Where every user will have a personal folder to put his folders with his name like /home/likegeeks.

/lib: Where the libraries of the installed packages located since libraries shared among all packages

unlike windows, you may find duplicates in different folders.

/media: Here is the external devices like DVDs and USB sticks are mounted and you can access their files from here.

/mnt: Where you mount other things Network locations and some distros you may find your mounted USB or DVD.

/opt: Some optional packages are located here and this is managed by the package manager.

/proc: Because everything on Linux is a file, this folder for processes running on the system,

and you can access them and see much info about the current processes.

/root: The home folder for the root user.

/sbin: Like /bin, but binaries here are for root user only.

/usr: Where the utilities and files shared between users on Linux.

Now you have a good idea about what the Linux file system is.

Choosing the right file system can lead you to the best performance, so choose the best.